Restyled for the North Atlantic run, the former La Marseillaise emerged as the Arosa Sky in 1957.

The Arosa Sky, seen here with a dark hull which better suited the North Atlantic trade.

Transferred to the Costa Line, the ship was restyled as the Bianca C.

A vivid painting of the Bianca C at sea.

The tragic demise of the Bianca C.

Having burnt out, the Bianca C sprung a leak and sank while under tow.

The Bianca C as she appears on the ocean floor today.

World War II had been devastating for the world. The shipping lines had lost countless tonnage to mines, torpedoes or bombs. Illustrious ships as Canadian Pacific’s Empress of Britain, Norddeutscher Lloyd’s Bremen or the Italian Line’s Rex had all fallen victim to the enemy. But the most staggering merchant ship loss was without doubt when Compagnie Générale Transatlantique’s Normandie burnt out and capsized in New York harbour. CGT, or the French Line, received a severe blow when their flagship had to be scrapped before reaching the age of ten years. They were left with the ageing Île de France as flagship.

At the same time as France wanted to show its maritime might in North America, another French shipping line – walking hand in hand with the French Line – operated on East Asia run. The line was known as Messageries Maritimes and was based in Marseille. The same year as the war erupted, they had started construction on a ship which would become roughly 15,000 to 20,000 gross tons large, in the Constructions Navales shipyard in La Ciotat. But as the war slowed work down, the ship was not launched until 1944, during burning war. The name for the ship used during the launching ceremonies was Maréchal Pétain.

The hull of the unfinished Maréchal Pétain was later towed to Port Bouc, where it was supposed to stay until the war had ended. However, in August of 1944, the Germans who were in full retreat from Southern France sank the ship in shallow waters.

Fortunately, the Maréchal Pétain had not been all too much damaged, and Messageries Maritimes raised and towed the ship to Toulon in 1946, and later to the builders at La Ciotat. During this time, the ship had been renamed La Marseillaise. Construction started out slowly, and the ship was not completed until 1949 after two years of lay up. At 17,000 gross tons, La Marseillaise was not an extremely impressive ship, but she was still the largest French ship to enter service since 1939.

The exterior of the ship was quite new. She only had one funnel, and sported a new kind of rounded bow. The interior was influenced by the ship’s service areas. As La Marseillaise was planned to go on the route to Saigon, the people responsible for the interior fitting gave the ship the appropriate look. In the first class Verandah Café, specially created ceramics adorned the walls and plants filled the room with the feeling of a tropical garden. In the first class, the ship offered a wide range of suites and deluxe cabins. If you wanted to go to Saigon in style, you definitely choose La Marseillaise!

The ship’s engines gave the ship a service speed of 20 knots. Just like the two White Star liners Britannic and Georgic, La Marseillaise was a motor ship. She was driven by Sulzer Diesels, which powered three screws. The ship developed 31,500 BHP and could reach 22 knots at full power. Her maiden voyage on August 18, 1949 was indeed somewhat of a success.

As France’s political status changed in Southeast Asia, ships like La Marseillaise more and more became a burden. As fewer and fewer people chose to travel on her, she was sold – only eight years old – in 1957 to the Arosa Line, based in Panama. They renamed the ship Arosa Sky, and changed the passenger accommodation from the old three-class system to the newer one with only two classes. Before the refit, La Marseillaise had accommodation for 344 first class passengers, 74 second class passengers and 318 third class passengers, but as the Arosa Sky, she was only able to take 202 first class, but a whole 1,030 in the new tourist class. On May 10th, 1957 the Arosa Sky set out on her premier voyage between Bremerhaven and New York.

However, business did not go too well for the Arosa Line. Already in 1958, they had to sell their flagship Arosa Sky as they were facing bankruptcy. The buyers were the famous Costa Line. The old La Marseillaise went through yet another ceremony of renaming, and this time she emerged as the Bianca C, named after the company manager’s daughter. The Costa Line spent much money on refitting the ship so that she would live up to the present standards of the oceans. The passenger accommodation was modernised, and in 1959 the Bianca C entered service with a slightly increased gross tonnage of 18,427. She was put on the Naples-Genoa-La Guaira service.

The Bianca C served with distinction in the Costa Line for another two years. But her career was to end abruptly on the morning of Sunday 22nd October, 1961. While anchored off St. George, Grenada, the ship suffered an explosion in the main boiler room which set the engine room and subsequently the whole ship on fire. The inhabitants of St. George all woke up to the loud sound of the Bianca C’s whistles as the ship was trying to raise attention. A large number of the citizens raced towards the burning ship in whatever waterborne craft they could find. Fortunately, all people on board the ship managed to escape in time, except for one crewmember who had been killed in the explosion. Sadly, when the survivors reached land, two more died from the terrible burns they had suffered. But the bravery of St. George’s citizens had payed off and they further assisted the survivors when they let them stay as their guests until they could travel back home. Of the original 673 people on board, 670 had survived. The Costa Line was so grateful to St. George, that they presented the town a statue to honour the event. This statue stands in St. George until this day.

The Bianca C burned for several days – her paint started to bubble in the heat and the almost glowing hull caused the surrounding water to boil. The visiting British frigate Londonderry sailed out towards the burning ship and started to tow her to deeper waters as it was feared that the liner would sink in the harbour and thereby blocking it. But before deep waters were reached, the Bianca C sprung a leak and sank, on an even keel, fifty metres down to the sandy bottom.

Today, St. George is a very popular tourist island, and the wreck of the Bianca C is a great part of the promotion. She is the largest shipwreck in the Caribbean, and she has become known as the area’s answer to Titanic. The wreck is frequently visited by divers – professional, and less professional ones – and attracts tourists from all over the world. Just like her ‘ocean floor mate’ Titanic, the former La Marseillaise is experiencing a great heyday in her career. 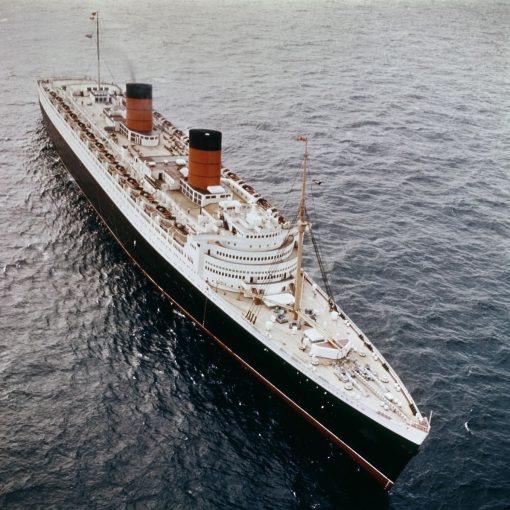 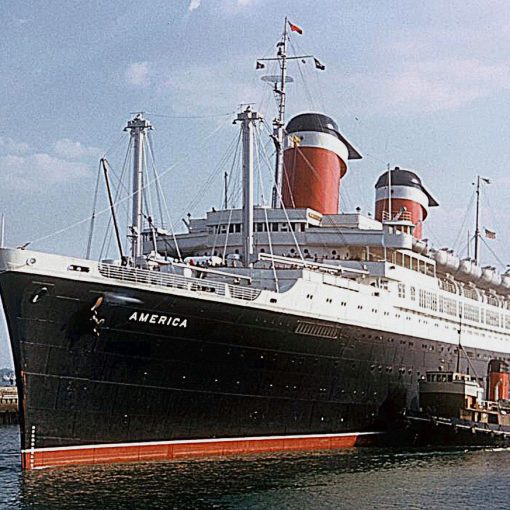 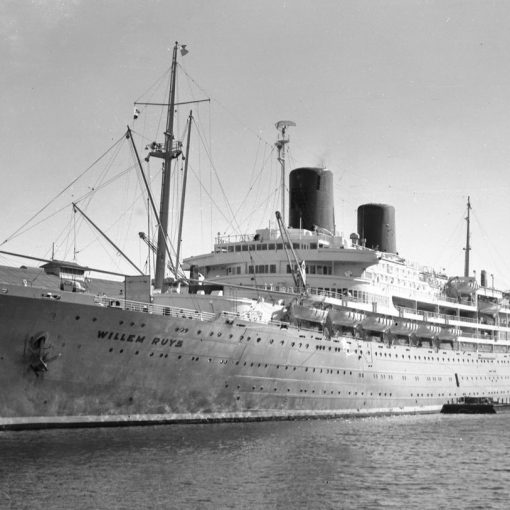 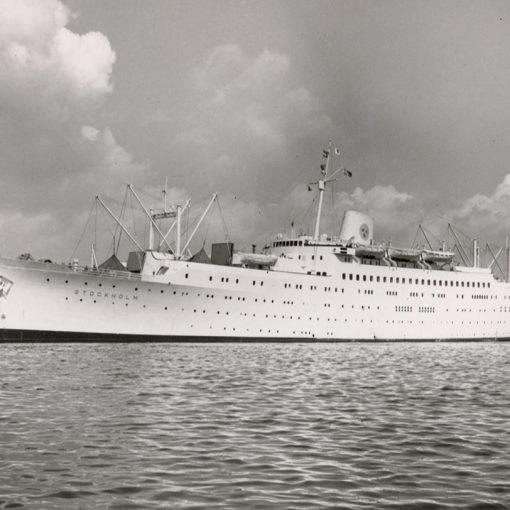