The Gripsholm was built with impressive interior spaces.

Flying the flag of a neutral country, the Gripsholm was painted to signal her status when World War II broke out.

The Gripsholm, sporting the signature white hull of the Swedish American Line.

Sold to Norddeutscher Lloyd, the Gripsholm was restyled as the Berlin.

A beautiful colour photo of the Berlin.

The first thoughts of a trans-Atlantic shipping line between Sweden and America came in the early 1910s from famous Göteborg ship owner Wilhelm R. Lundgren. He wanted to start a Sweden-America line with two brand new ships in the vicinity of 20,000 gross tons each. Since both Denmark and Norway operated successful trans-Atlantic lines, starting this company was an urgent matter for many Swedes. But as time would have it, these two liners never came into existence. Tragically, Lundgren died in September 1914 before he had realised his dream.

However, the vision of a shipping line between Göteborg and United States was not dead. Lundgren’s successor Gunnar Carlsson continued the work his late companion had begun. In 1915 the newly formed Svenska Amerika Linien (The Swedish American Line), or SAL, purchased the Dutch steamer Potsdam and renamed her Stockholm. Five years later the Canadian Pacific liner Virginian was bought by SAL and converted into the Drottningholm.

The Swedish American Line had been formed with the massive Swedish emigration in mind. But by the late 1910s and early 1920s the peak years of the emigration were definitely over. Only the last wave of approximately 25,000 Swedes was taken advantage of by SAL in the early Twenties. When it was realised that the emigration was over, SAL instead began aiming at pleasure cruises more and more. Of course, the trans-Atlantic trade would remain the important part of business, but newly commissioned ships would be built with cruises in mind.

SAL had proved to be immensely popular, both with Swedes and with Swedish-Americans on vacation in the old country. In early 1924 the Swedish American Line needed a new ship to satisfy the passengers and ordered the company’s first newbuild from Armstrong, Whitworth & Company Limited in Newcastle-upon-Tyne, England. The new vessel would be roughly 18,000 gross tons large, and would bear the name Gripsholm after a grand Swedish castle from the 16th century.

The Gripsholm would be particularly famous because of one novelty. She would be Diesel powered and thereby becoming the first trans-Atlantic motor vessel in history. The Burmeister & Wain engines were geared to twin screws and were able to give the ship a service speed of 17 knots. Certainly not being the fastest among liners, her moderate speed was still enough to make a crossing between Göteborg and New York faster than a voyage to the Americas via England or Germany.

The Gripsholm was launched on November 26, 1924. Upon her deliverance to SAL a year later she was hailed for her exquisite exteriors and the planning of the interior passenger areas. The interiors were indeed something special. For the first time Swedish design was put on the oceans – on the Gripsholm the spirit of her namesake castle was easily felt in the liners spacious saloons and that became a popular feature for any passenger. The Gripsholm was later dubbed ‘The Floating Palace’ by enthusiastic passengers. The lounges were designed in Gustavian style – a design created under the reign of Swedish King Gustaf III (1771-1792), and they sported both sculptured furnishings and a marble fire place.

The magnificent Viking Hall was dominated by mighty beams and leaded-pane windows. The walls were decorated with copies of famous paintings that hung in Gripsholm Castle. The two artists Törneman and Wrangel had completed these works for SAL.

The overall standard on any cabin on board the Gripsholm was above the day’s Atlantic liner standard. In first class you could book a luxury suite for a considerable sum of money, and the two other classes’ standard would easily exceed some of the first class cabins on older liners. One popular facility was the swimming pool. It was the largest pool on any ship of the Gripsholm’s size, and appropriately contained pure, salt Atlantic water.

The successful maiden voyage of the Gripsholm started on November 21, 1925, and the destination was New York. Just as she would continue to do during the rest of her career, the Gripsholm completed this voyage admirably. The following years the liner ploughed the Atlantic between Sweden and America numerous times without any major mishaps. In 1928 she was given a larger sister named Kungsholm in order to increase the level of service for SAL’s passengers. The two ships teamed each other perfectly and quickly became the favourite vessels for many distinguished passengers. The most famous celebrity to board one of SAL’s liners was the divine Greta Garbo. In February 1927 the Gripsholm made the longest cruise a SAL-ship had ever done – from Göteborg down to the Mediterranean.

The entire 1930s would have been a great decade for the Gripsholm if it had not been for the outbreak of war in 1939. In November that year she was laid up until further notice from the Swedish authorities. The following year she was chartered by the United States and turned into an International Red Cross Exchange Ship. In May 1942 she made her first repatriation voyage from New York to Goa in order to leave Japanese diplomats and embark American prisoners of war. She completed another eleven round trips to other parts of the world, carrying 27,712 passengers until 1946 when she was returned to the Swedish American Line.

In order to modernise the now rather dated look of the Gripsholm and Kungsholm, SAL invested money in having the exteriors changed in 1949. Gripsholm was given a slanting, more ‘soft’ bow and broader, swept-back funnels. Also, the navigation equipment was renewed. The passenger capacity was reduced down to 976 people.

The Gripsholm continued to sail for SAL until late 1954 when she was sold to Norddeutscher Lloyd. She was renamed Berlin and made her maiden sailing for NDL on the eighth that month between Bremerhaven and New York painted in the German company’s familiar livery with a black hull and mustard-coloured funnels. The Berlin was the first German liner to enter North Atlantic service after World War II.

The Berlin sailed with distinction until November 1966 when she was considered too old to keep up the liner service. She arrived at the notorious scrapping firm at La Spezia, Italy on the 26th – they had bought the ship for £223,000. Ironically, the former Gripsholm, who had been the first newbuild for SAL, went out of service the same year as the company’s last vessel, the 26,000 gross ton Kungsholm, entered service. 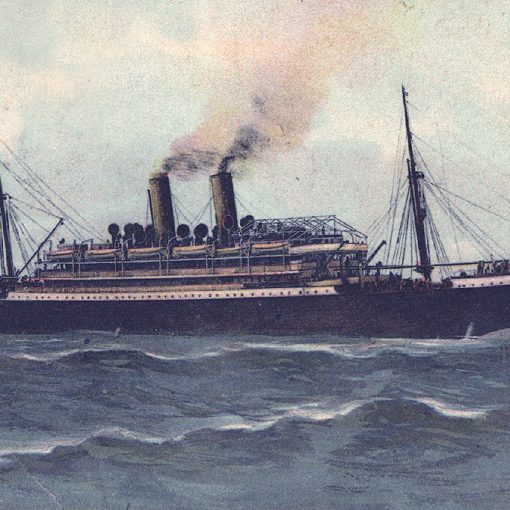 1896 – 1922 / Also known as City of Honolulu / Notable for being the first German ship to exceed 10,000 gross tons, Friedrich der Grosse was seized by the Americans in World War I and used as a troop transport. She survived the war, but was destroyed by fire in 1922. 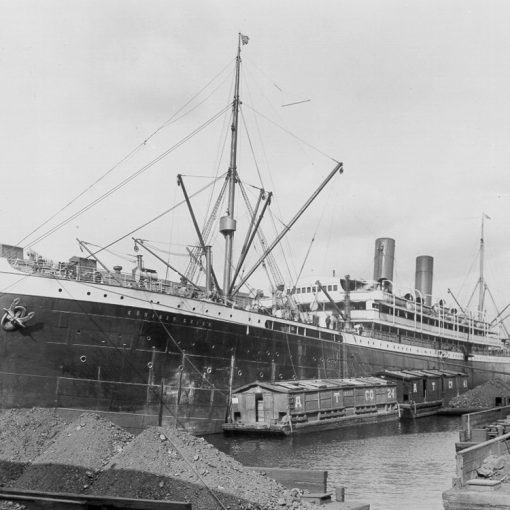 1897 – 1935 / Also known as Omar and Edison / Employed on the North Atlanic as well as the immigration run to Australia, Königin Luise was handed over to Great Britain after World War I. In 1935, she was sent to Italy for scrapping. 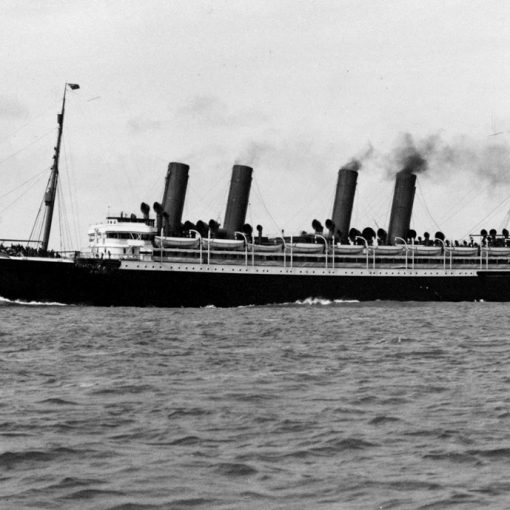 1898 – 1916 / Also known as Burdigala / Intended as another Norddeutscher Lloyd speed champion, the Kaiser Friedrich failed to meet requirements and languished for many years. She eventually found her place as a French ship on the South America run, but was sunk by a mine during World War I.

One thought on “Gripsholm (I)”