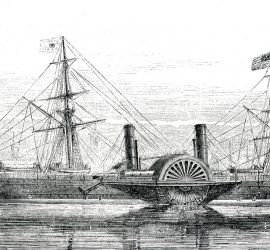 1864 – 1899 / Originally a paddle-steamer, the Compagnie Générale Transatlantique’s Washington was refitted in 1868 and became the first twin-screw liner on the North Atlantic run. 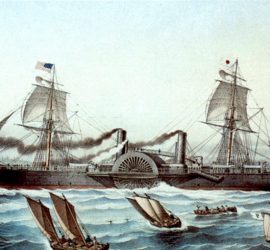 1865 – 1895 / Also known as Atlantique and Amerique / An early vessel of the CGT, this French paddle-wheeler was eventually refitted with a single propeller. 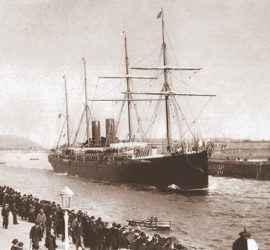 1883 – 1911 / Also known as Ville de New York and La Normandie / Although never a record-breaker, the Normandie made the CGT competitive in terms of speed. She remained with the French Line for her entire career until she was cut up. 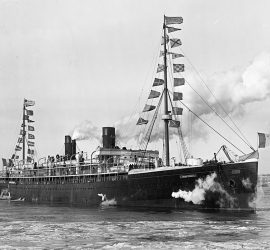 1891 – 1923 / While not the largest or fastest ship of her time, the French Line’s La Touraine was known for her comfort, and enjoyed great popularity. She served in World War I and survived, but was sent to the scrappers when newer ships made her obsolete. 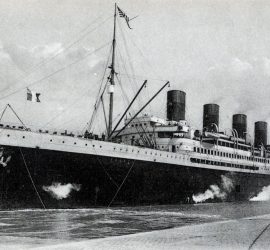 1912 – 1935 / As the only French liner to sport four funnels, the second France was also noteworthy for her lavish interiors. She survived World War I, serving as an auxiliary cruiser, a troop transport and a hospital ship. 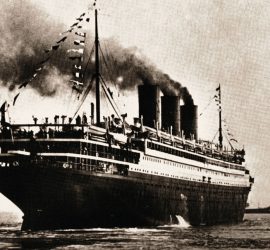 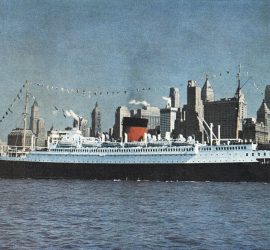 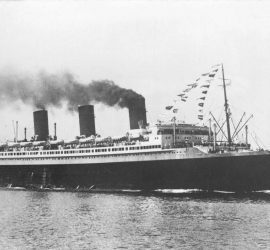 1927 – 1959 / Ushering in a new era, Île de France catapulted to stardom when she introduced Art Deco on the North Atlantic in 1927. Showcasing all the best France had to offer, she was a ship of state in every sense of the word. 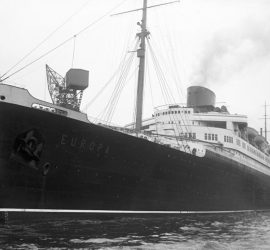 1930 – 1962 / Also known as Liberté / Also a Blue Riband champion, the Europa enjoyed a longer career than her sister Bremen. After World War II, she was handed over to the French and became the much-loved Liberté. In this guise, she sailed into the 60s. 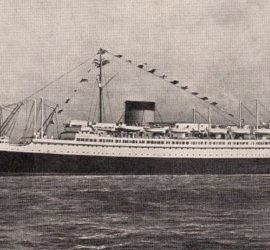 1930 – 1938 / Although a less glamorous ship of the French Line, the Lafayette was still known for her comfort and modern design. Unfortunately, her career was cut short by fire in 1938.